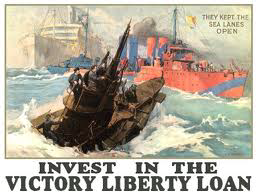 Introduction: I recently wrote a short research paper on Torpedo Accuracy of U.S. Submarines during WWII. While performing the analysis, I needed to understand the average number of torpedos that actually struck a merchant ship prior to its sinking. This central question & surrounding data motivated the current paper.


The Sinking Problem: There are four event sequences by which a torpedo might sink a ship.


The U.S., Germany and Great Britain all used both types of "exploders" for their torpedos. Contact exploders & magnetic exploders.

Contact exploders caused detonation when a torpedo struck the underwater hull. All major powers used this type of exploder. Both U.S. and German contact exploders were defective when WWII began. Germany quickly corrected their torpedo problems, but the U.S. remained "in denial" until well into the war.

It is generally true that any torpedo used in WWII was capable of breaking a huge hole in the side of anything less than a battleship. The breached compartment would fill with water. Only a battleship had sufficient protective measures to resist underwater explosions with minimal flooding. (see Anti Torpedo Defense Systems, 1900 to 1940 by Watson at the www.dionysus.biz web site.)

Ship Vulnerability: With that introduction to torpedos, we proceed to the central issue of this paper, i.e. the question of how many torpedos were required to sink a ship.

Methodology: The author compiled a tabular listing of approximately 150 prolonged attacks that resulted in the firing of 775 torpedos achieving 298 reported hits for 65 ships sunk. This list identified the type of target, the number of hits and whether or not sinking occurred. In all cases, data was obtained from war patrol reports written by USN commanders. As such, reported sinkings are inflated by about 30% relative to post war verification studies.

Once the tabular list of attacks was extracted from combat reports, development of statistics was performed by:

Results: We may summarize vulnerability by type of ship as follows:

Table 1 below summarizes the probability of sinking based on number of hits.

Conclusions: Statistics describing the typical number of torpedo hits required to sink ships of different types have been accumulated and presented. For merchant ships, the probability of sinking based on the number of hits received was determined and presented.

A companion paper by the same author was (see www.dionysus.biz) addresses the accuracy of torpedos in terms of probability of hitting as a function of range. The paper also discusses various issues related to the accurate firing of torpedos using early to mid WWII technology.


Contact the author paul-watson@sbcglobal.net by e-mail.
Copyright 2012 by Paul F. Watson
All Rights Reserved
Dionysus.biz Home Page
Note: The Submarine image header is a WWI US Government Bonds Poster & is believed to be in the public domain. Any person knowing otherwise is invited to e-mail using link above to request removal of this image from the web page.