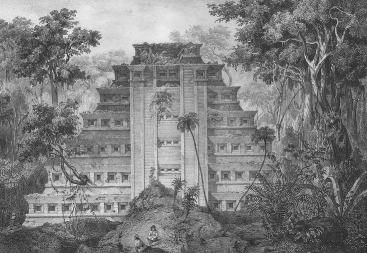 The reviews below are in the area Archeology, Ancient History, History of Religion and related material. I am always on the lookout for books that span multiple disciplines in a way that brings new insight. Several of these books do just that. Enjoy!

In 1946 at Nag Hammadi Egypt, the library of an ancient monastery was discovered -- and it was in far better condition than the Dead Sea Scrolls. This library contained over 50 works of early Christian Sects that predated the Council of Nicea. For historians, this represents a first ever opportunity to learn what the Gnostics believed from someone other than their critics.

Professor Pagels presents a compelling story that reconstructs much of what the Gnostics believed, and why they were perceived as politically and theologically dangerous by the Universal Church (i.e. ancestor of the Catholic Church).

As a personal note, I would say that many Christians today are rather uncomfortable with many of the teachings that have come down to us. We cannot help but wonder about the scope of thought prior to the Council of Nicea and subsequent burning of all gospels that were were not sanctioned by the Council. This book is a wonderful place to learn. Professor Pagels is insightful, clear and best of all objective. Her personal bias and beliefs (yes, we all have those) are not evident as she dissects the historical record.

This is a MUST READ for anyone interested in deep Church History.

A deeply researched book that investigates the historical setting into which Jesus was born & likely implications regarding the man behind the Christ. This book provides in depth examination of various claims made about Jesus, the Jewish hierarchy & the Roman occupiers of Palestine. Doubt is cast on the authenticity of various new testament claims (e.g. portrayal of Pontius Pilot as a stooge of Jewish High Priests or that 'Jesus King of the Jews' was meant as derision). The book provides a substantial basis for believing that Jesus was far more politically focused & aware than generally believed.

Later chapters provide commentary on the early Christian Church after the death of Jesus. Topics include discord between St. Paul & the Jerusalem Christian center, the council of Nicea etc..

What emerges from this study is a picture of the fascinating Jesus, deeply engaged in the cauldron of religion, politics & the plight of the poor.

This book is not recommended for conservative Christians & those with a rigid interpretation of the Bible as such readers may find interpretations of this book in conflict with deeply held beliefs.

The late Serge Lancel was a French archeologist who was active in archeological research ("digs") in Tunis, the site of yester-year's Carthage. Carthage was the economic powerhouse of the Mediterranean from 800BC until it was destroyed by the Romans about 150 years before Christ.

Lancel's book contains recent archeology information and theories. It provides nice maps of the Carthage area, along with identification of "cisterns", "building foundations" and the like that serve as a basis for determining the layout of the ancient city. What is striking in this regard is how little we actually know about the ancient city.

The book explains historical origins, key trade routes etc. It is clear from this and other accounts that Carthage retailed cultural ties to its mother city Tyre, and to the ancient religion of the Phoenician area of Lebanon (i.e. Canaan).

Lancel provides many photos including some of foundation blocks of the walls of Carthage, excavated shops, tombs and the like. Photos of religious symbols etc. are plentiful.

I personally found Rawlinson's account of Phoenicia to be more readable, however this book is about Carthage specifically and it includes archeological information which was not available to Professor Rawlingson 100 years earlier. While this book is a bit dry in places, it is highly recommended for those with an interest in Carthage and a hunger for authoritative information.

Every few years, a great book comes along that brings forth a lot of new information and then proceeds to integrate into wide reaching theories and ideas. This is such a book. The threads it touches includes New World Archeology, Old World Egyptians and Phoenicians and surprisingly effective arguments that there is a connection between the two. An overview description of this book might make it seem to be a 'cult' book; however, I personally found the author very sound in his thinking, very dedicated to proper foot notes etc.. I really believe this book deserves a serious reading even though it may challenge some "tightly clug" beliefs.

This book is not about Bible history and some of its conclusions may not please conservative Christians; however, it contains some wonderful discussions that are relevant to Moses, Joseph, the great flood and the explosion of Santorini Volcano in the Greek Cyclades (yes, they are probably related events).

I heartily recommend this book as the most penetrating I have read since Guns, Germs and Steel.

Professor Rawlingson presents a very readable account of Phoenician culture and history as understood in the late 19th century. He draws on both available archeological data of the day plus extensive data from classical authors of Greek and Roman times. While the author lacked archaeological information available today, his information on dress, religion, language and colonisation patterns are consistent with more recent accounts. This is an excellent and interesting presentation, despite its grounding in late 19th century outlook.

The subject of Phoenicia (ancient Canaan) conjures up visions of pagan gods and human sacrifice. While there is some justice in these characterisations, the Phoenicians were traders and colonists. By the standards of the day, they were enlightened and often introduced technology into primitive lands with little evident desire to tightly control local peoples. While some of Rawlingson's conclusions may have been effected by the late 19th century religious standards of his day, his viewpoint is amazing open and it is clear that he saw these people as having deep commitment to god, as they believed him to be. In his view, they were not monsters; but rather, people who suffered under the demands of an early religion, inherited from their forefathers.

During the last 30 years, scientists have revised what they believe about the "peopling" of America. Lay persons who are not scientists have also offered speculative theories. Each chapter of this book summarises a different theory & provides the evidence that supports it. One chapter covers Viking settlements in Greenland while another covers possible landings by the Welsh circa 1200 AD. The book begins with neolithic man (i.e. stone age) and covers about a dozen such theories. The author does not champion any theory, he only presents the evidence whether little or much.

The Bible Unearthed examines archeological evidence supporting the old testament and is unique in that it attempts to draw some conclusions regarding the social and political climate when it was compiled. There have been many studies "plowing similar ground" and from many viewpoints. I think the co-authors of this book provide an interesting perspective.

Some readers will object to the words "compiling of the old testament". In the Christian world, The Council of Nicea identified the gospels that would become New Testament for so many. We are not offended by such statements. Silberman and Finkelstein provide evidence that the Old Testament was in fact compiled and it is possible to identify by whom, when and for what purpose.

While this book becomes dry in places, it has much to offer and is well researched.