The Alchemist by Paulo Coelho 5 Star

A wonderful book that explores the potential of man when unfettered by the limits he imposes on himself. This is a story that encourages us all to identify and pursue our "Personal Destiny".

While some might consider this a self help book, I consider it a wonderful piece of fictional literature that follows a Spanish shepherd boy in his adventure across North Africa.

During his journey across the Sahara, he encounters an English dreamer, Bedouin bandits & a powerful Arab alchemist. With the help of many along the way, he eventually achieves his quest, but not in the way he expected.

This is one of the very best books I have read in the last 10 years. I recommend it highly! 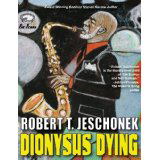 Dionysus Dying by Robert Jeschonek. 4 Star Fiction. Available as an e-book from Amazon.

An ageing Jazz great invites a "washed up" younger musician to visit him at his death bed. The younger man is directed to play a series of weird musical compositions, that in time activate visions in his head; but, he does not know if the visions are past, present or future.

After one of his sessions with the old man, he "calms his nerves" at a local bar when he decides to take these visions seriously and protect the old woman who brings food to the dying man.

This is a strange and interesting story of hope, manipulation and sometimes violence. It is really a novella, and packaged as a pair of stories. Personally, I found Dionysus Dying to be engaging and interesting! It far exceeds the usual prattle of self published books.

During a recent conversation, a well respected friend of mine said he was reading the Sherlock Holmes stories. "Really?" I asked. "Are they any good?" Without hesitation he replied that they are. This initiated my reading & I found his judgement, as always, was right!

The Sherlock Holmes series are wonderfully written detective/spy stories set in Victorian England circa 1880. They are creative, thoughtful & yet full of action. They deal with a wide range of issues indicating that author Doyle was well informed long before the Internet was dreamt of. These books were written around 1900, and ideas about detective stories were different back then. The intent is a "good story" as opposed to carefully laying out the evidence that if attentive, would allow you the reader to solve the mystery. Different back then!

I read an e-book version. e-book readers are advised to pay a little extra to get a good copy that has been 'human edited'. I highly recommend 'Sherlock Holmes' as quality reading for all.


Stardust by Neil Gaiman 4 Star (Fiction)
Story is good for men or women.

Stardust is a traditional fairy tale, except it's written for an adult audience. This is a marvellous and well woven story of a young man on a quest to find a fallen star for his beloved. The quest is in the land of fairies, and when he finds it, the star isn't exactly what he expected.
When the story begins, the young man is less than worldly and learns much as the story progresses. Buy Stardust and relax for an entertaining journey.